All In The Family

by Homesharing | Our Blog

David Fass had learned from his parents early on to value volunteerism, and he had been a member of the Circle K and Key Clubs in high school and the Alpha Phi Omega service organization in College and Grad School. More than 9 years ago he began volunteering at HomeSharing following the death of Jules Horowitz, a family friend who had been involved with HomeSharing via Shuey Horowitz, the organization’s founder. The arrangement has been a win-win collaboration for everyone involved, and David has now been at HomeSharing longer than anyone else.

David, who had worked at E.D.S. as a programmer and had won a Different Drummer Award there, lost his position when the company was downsized and had then been unable to find work because of the failing economy and his worsening disability. Despite his limitations, he has nevertheless been able to use his considerable technical and observational skills to maintain computer records, coordinate the newsletter, and come to the aid of others who need help with an IT problem. Last year HomeSharing honored David with the Frank Semcer Sr. Outstanding Volunteer Leadership Award. David has also benefited from being able to observe how the organization works.

Meanwhile David’s parents, Alan and Elaine, who firmly believe in HomeSharing’s mission and methods, have also become enthusiastic supporters behind the scenes. It is their “charity of choice” because they know that the money HomeSharing raises actually goes to local clients. They have also seen how a similar program has helped one of their cousins, who is now in her 80’s, and they greatly appreciate the way the arrangements foster personal relationships between the Providers and the Seekers, helping both to avoid relegation to large institutions. Elaine stuffs envelopes, wraps gifts, helps with the fund-raisers (and was Chairperson for the annual Phonathon in 2012 and 2013), hands out brochures, and whenever possible introduces HomeSharing to others. Alan jokingly calls himself the C.E.O. (the person who “Carries Everything Over”). They both continually engage in informal networking on behalf of the organization.

David, Elaine, and Alan’s commitment to HomeSharing might be perfectly summarized by something their daughter (who lives in New England) once said, “I’ll never be rich, but I will have a rich life.”

HomeSharing always needs and appreciates additional volunteers. There are many ways to help, and flexible opportunities can be arranged to suit individual needs and talents. For more information about how you can contribute to our effort to combat homelessness locally, please call Edie, HomeSharing’s Volunteer Coordinator, at 908-526-4663. 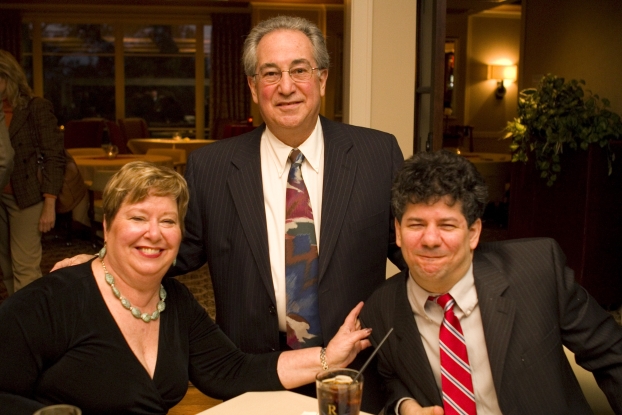